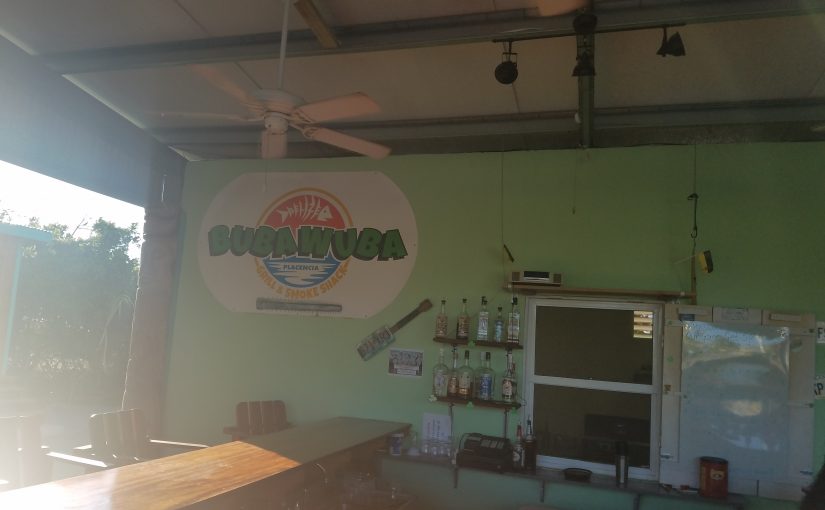 Buba Wuba is a welcome addition to the neighborhood. 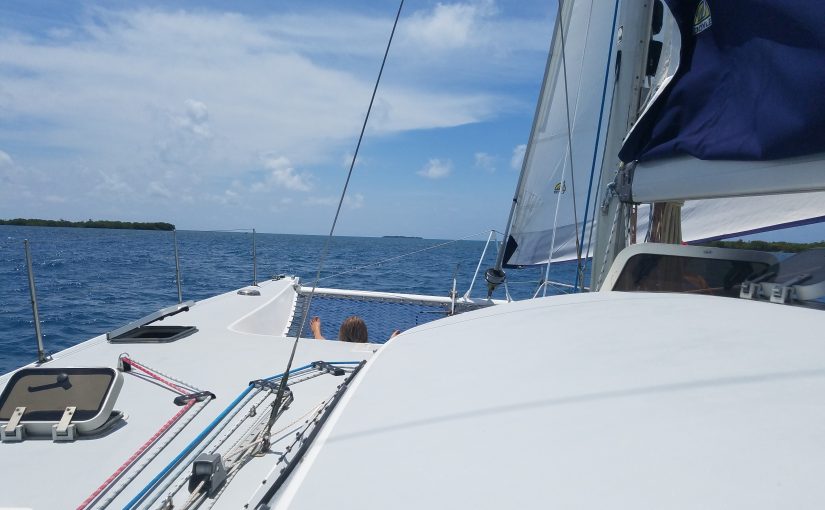 One off the benefits of house sitting is that, if there is room on a cruise, you can climb aboard. 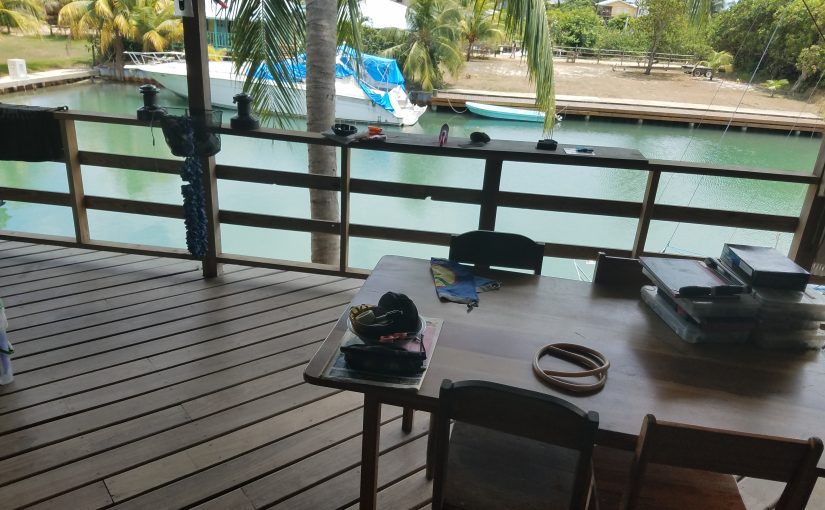 House sitting for some friends 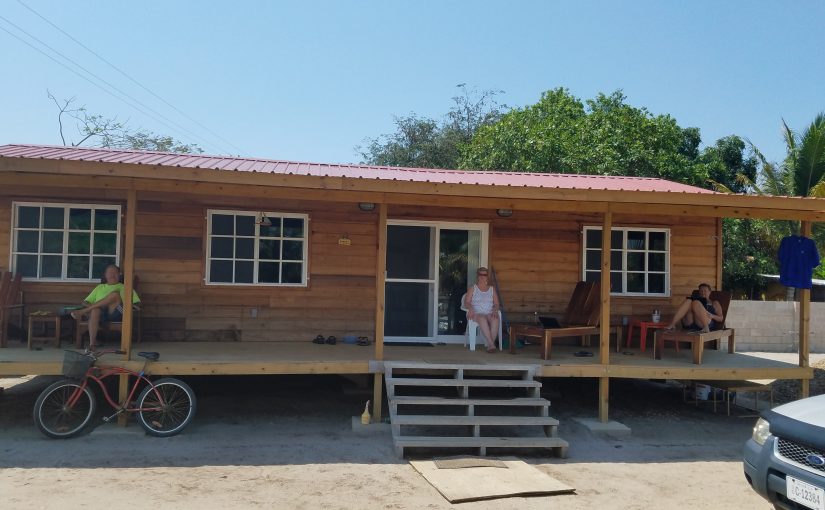 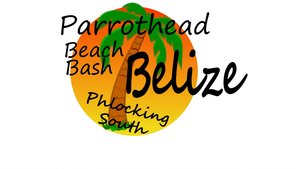 A growing vacation destination.
Bloomberg Report (Thanks Thomas Schroeder for the link.)

A fantastic event in May.
Belize Parrothead Club 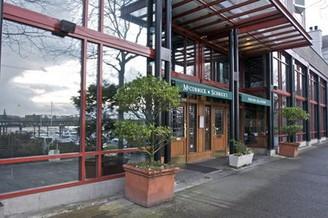 For more than a month last summer, the general manager of McCormick & Schmick’s Harborside restaurant asked a pest control company to spray for spiders.

When the company didn’t come out, the manager took it upon himself to clear out spider webs from the restaurant and outdoor dining area along the Riverplace Marina. In the process, he was bitten by what he believed was a venomous brown recluse spider.

That’s all according to a $999,999 lawsuit filed last week by general manager Scott E. Clement against Ecolab, based in St. Paul, Minnesota.

The suit states that the restaurant had an ongoing contract with Ecolab for pest elimination services and that included “proactive prevention,” representatives available 24 hours a day for all seven days of the week and a promise to respond to the restaurant within 24 hours if immediate attention was requested.
Scott E. Clement — the general manager of McCormick & Schmick’s Harborside at the Marina — has filed a $999,999 lawsuit, claiming that he was bit while clearing away spider webs. (The Oregonian/File photo)

The suit states that Clement called several times last July and August about the need to spray for spiders but got no in-person response.

While the lawsuit states that it was a brown recluse spider that bit Clement and other Oregonians have claimed they were attacked by the species, experts say Oregon doesn’t have that type of spider here.

The state is home to about 500 species of spiders, with three that can cause serious health problems for humans, once bitten: the hobo, yellow sac and black widow. The Oregon Department of Agriculture says the black widow is probably the most dangerous.

In any case, the spider that bit Clement sent him to the hospital for three days with a fever, nausea and weakness, according to his lawsuit.

Clement is seeking hundreds of thousands more for pain and suffering.

Only a person in Texas would think of this:

From the county where drunk driving is considered a sport, comes this true story.

Recently a routine police patrol parked outside a bar in Austin, Texas. After last call the officer noticed a man leaving the bar so apparently intoxicated that he could barely walk.

The man stumbled around the parking lot for a few minutes, with the officer quietly observing.

After what seemed an eternity in which he tried his keys on five different vehicles, the man managed to find his car and fall into it. He sat there for a few minutes as a number of other patrons left the bar and drove off.

Finally he started the car, switched the wipers on and off–it was a fine, dry summer night, flicked the blinkers on and off a couple of times, honked the horn and then switched on the lights. He moved the vehicle forward a few inches, reversed a little and then remained still for a few more minutes as some more of the other patrons’ vehicles left.

At last, when his was the only car left in the parking lot, he pulled out and drove slowly down the road.

The police officer, having waited patiently all this time, now started up his patrol car, put on the flashing lights, promptly pulled the man over and administered a breathalyzer test.

To his amazement, the breathalyzer indicated no evidence that the man had consumed any alcohol at all!

Dumbfounded, the officer said, “I’ll have to ask you to accompany me to the police station. This breathalyzer equipment must be broken.”

“I doubt it”, said the truly proud Texan. “Tonight I’m the designated decoy.” 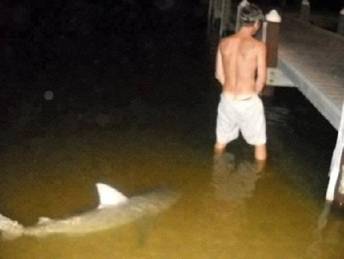 How to Change a Number 1 into a Number 2

Shay and Company, Inc. is a Wholesale distributor of a wide selection of oils, butters and soap and candlemaking products, including many types of vegetable oils, several types of melt & pour (“glycerin”) soap bases and a selection of exotic butters that can be used in all types of soaps, toiletries and skin care products.

Our fixed oils include many different types of nut, fruit, vegetable, and tropical oils and butters, suitable for use in soaps and cosmetics. Our customers have used our oils in creams, lotions, lip balms and many other personal care products.

We also distribute (wholesale) vegetable oils for the food industry.

The top auto brand in Consumer Reports’ 2018 Brand Report Card Rankings is one that many people may not know. Genesis, the new luxury brand from Hyundai, took the top spot.